Research is the fundamental pursuit and acquisition of new knowledge. In the next step, development is the initial specification and practical implementation.

The research and development of new products and applications has always been a high priority at Worthmann Maschinenbau GmbH and MACEAS. As early as the late 1990s, we set new standards in the leak testing technology of fuel tanks with ultrasonic gas bubble detection in a water bath. The automated and worker-independent leak test of fuel tanks with the help of the ultrasonic technology has become the standard procedure in the quality control for all well-known OEMs and Tier 1 suppliers in the automotive sector.

In the almost two decades that followed, there were a large number of new developments and research projects. In 2009 the first helium vacuum leak test system was developed and built in order to be able to meet the increasing requirements on leak rates and cycle times. The strong growth in the field of renewable energies, primarily wind energy, in the 2000s and 2010s also drove us towards fully automated production systems for wind power rotor blades.

Due to the energy and mobility transition, we are now dealing with the subject areas of hydrogen technology and battery applications. This involves the leak test of bipolar plates of fuel cells, cryogenic hydrogen cylinders and the end-of-line leak test of battery cells.

In the following we present our current research and development projects.

Visit our microsite for more information about the system we have developed. 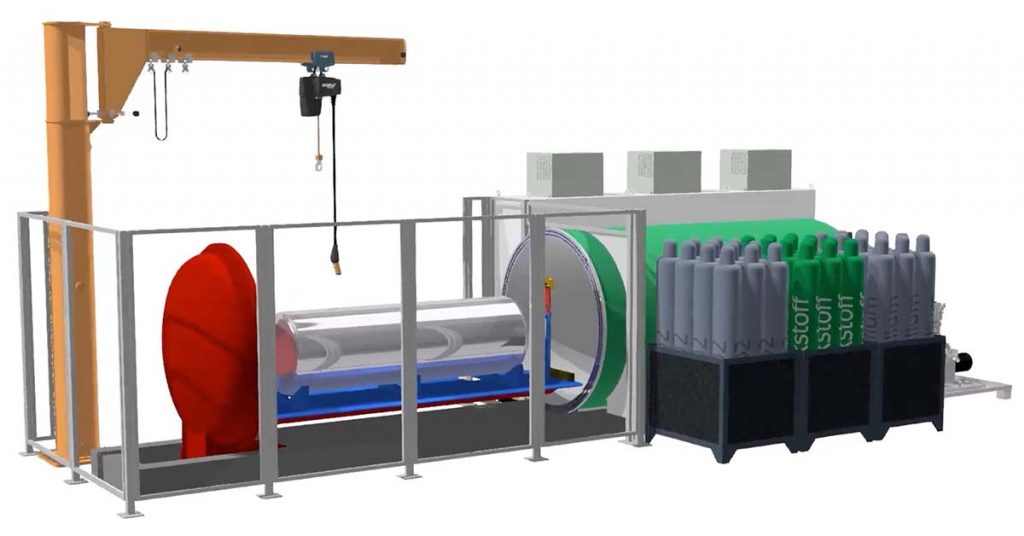 We at WORTHMANN mechanical engineering GmbH have continued to specialize for our customers under the WORTHMANN AUTOMATION brand and offer you individual total solutions in the field of mechanical and plant engineering.

We at WORTHMANN mechanical engineering GmbH have continued to specialize for our customers under the WORTHMANN AUTOMATION brand and offer you individual total solutions in the field of mechanical and plant engineering.